You are here: What's On > Day Seven of The Bath Festival

Day Seven of The Bath Festival 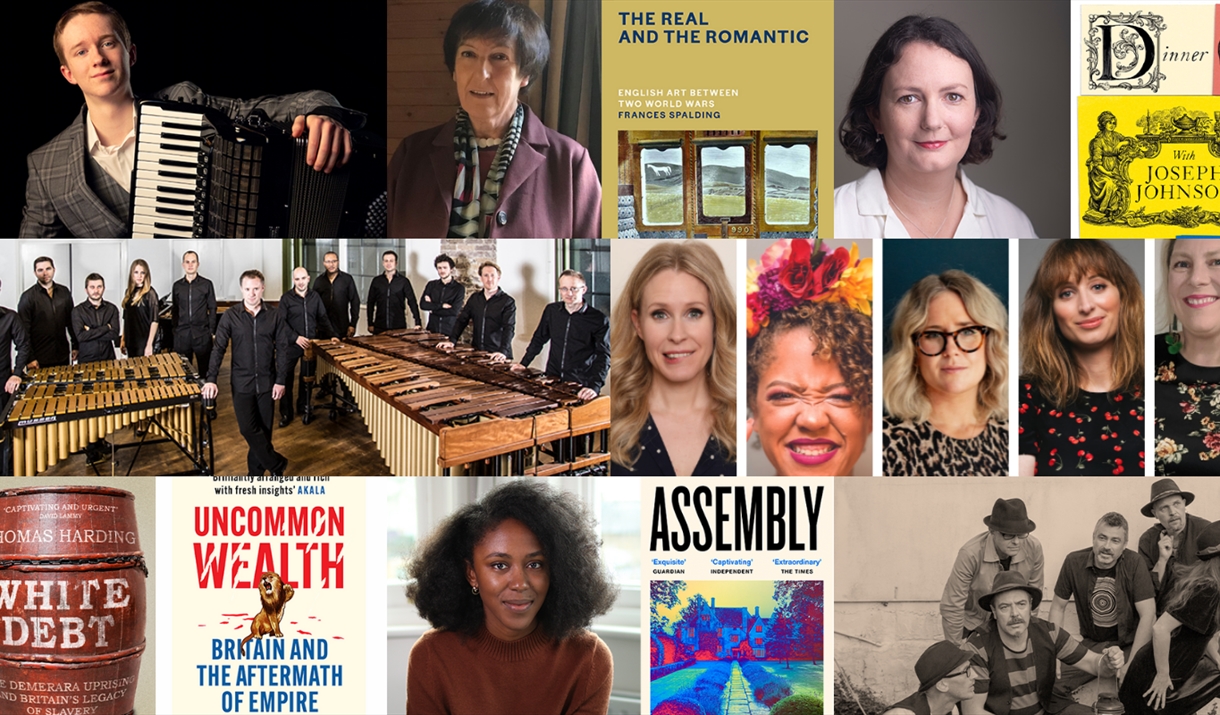 Writing Workshop: The Art of Pitching with Blake Friedmann
Friday 20 May, 10am–12pm, BRLSI

Writing a novel? Have a great idea for a memoir, or nonfiction narrative? How can you give your finished manuscript the best shot at publication with a winning pitch? Join three Blake Friedmann Literary Agency book agents as they take you through which elements of your story have the best pitching potential, how to pitch so your book appeals to publishers and agents, and how to define your USP as the author. A comprehensive and friendly workshop.

A remarkable virtuoso Ryan Corbett won the Royal Overseas League competition in 2021, an accolade to launch a major career. He mixes baroque, romantic and contemporary music in his programmes, which have a freshness and brilliance which mark him out as a star of the future.

Lunchtime Lecture: A History of Books and their Readers
Friday 20 May, 1pm–2pm, BRLSI

Bestselling author (This is Shakespeare) and academic Emma Smith is here to talk about Portable Magic, her illuminating book that reveals the unexpected and unseen consequences of our love affair with books. She'll explore the rise of the mass-market paperback, dismantle the myth that print began with Gutenberg and propose new definitions of a 'classic' book.

Walking Tour: Bath on Screen
Friday 20 May, 2-4pm, Meet at No1 Royal Crescent

Leading art critic and biographer, Frances Spalding (The Real and the Romantic) takes a fresh look at this richly diverse period in English art, focusing on artists including Stanley Spencer and Eric Ravilious as well as previously overlooked painters such as Winifred Knights and Evelyn Dunbar and illuminating the intriguing alliances that fed into the creativity of the interwar years.

Thomas Harding's new book White Debt is both an interrogation into the choices of his ancestors, whom he discovered had made money from plantations, and a quest to learn more about Britain's role in slavery. Uncommon Wealth is Kojo Koram's blistering uncovering of the scandal of Britain's cynical self-interest in the aftermath of decolonisation. They talk to Romesh Vaitilingam about the cultural, financial, moral and political legacy we have been left with.

Travels in Mythical and Modern Greece
Friday 20 May, 6-7pm, The Holburne Museum

Join author and Time Out publisher Peter Fiennes (A Thing of Beauty) as he tells of his journeys on the trail of the Greek myths, exploring the modern relevance of Theseus, Hera and Pandora and discovering what's to be found now at the places where heroes fought and gods once quarrelled.

Join Natasha Brown as we discuss her arresting debut novel, Assembly, a taut, elegant and unflinching study of race and privilege in modern Britain. Assembly's young Black narrator is a high-flying city banker poised to marry into England's elite – but over the course of a weekend garden party she's forced to ask, is this version of herself worth the cost?

Lockdown life has left us all in need of a big night out. Come and join five furiously funny women for a festival extravaganza packed with confessions, comedy and chaos. Anna Whitehouse (Underbelly) hosts Lucy Beaumont (Drinking Custard), Isy Suttie (Jane is Trying), Jessica Jones (Own It) and Helen Thorn (Get Divorced, Be Happy). Their brilliant books shine a light on the highs and lows of womanhood; from friendships and self-love to infertility, parenting small children and divorce. Bring your mates and prepare to get involved on the night!

Drumming with Colin Currie Group and Synergy Vocals: Drumming is a percussion epic! Led by Colin Currie, the hand-picked ensemble was formed in 2006 for a performance of Drumming at the BBC Proms to celebrate the 70th birthday of Steve Reich. The ensemble specialises in the music of Steve Reich. In Drumming, Reich is deeply motivated by African drumming traditions and you can feel this in every thunderous beat of the hour-long piece. The stunning musicianship of the Colin Currie Group has performed Drumming around the world. They have expanded their repertoire to include many of Reich's most popular works, including Music for 18 Musicians, Sextet, Tehillim and Music for Pieces of Wood.

In constant demand and having played just about every festival and two-bit, jibe-arsed dive in Christendom, Mad Dog Mcrea are, in every sense of the word, a live band. Matched with the unshakable dedication of their massive and "loyal-to-the-hilt" fan base – Mad Dog Mcrea are more than just a very popular, festival act – with five albums under their belts, they are serious and acclaimed recording artists too. December 2019 saw Mad Dog Mcrea release a 5-track EP titled 'It's a Sign'. The famous purple happy bus is fired up and ready for action, and there's room for you – jump aboard!