You are here: What's On > Day Three of The Bath Festival

Day Three of The Bath Festival 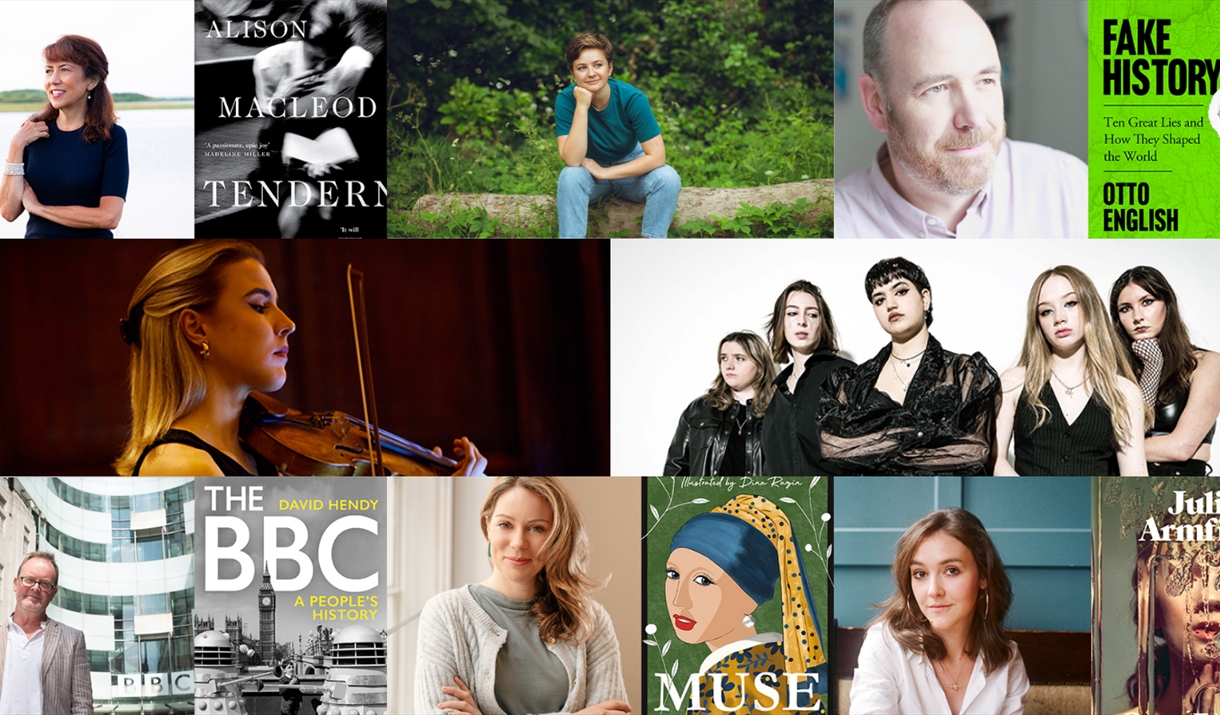 The annual world-renowned festival, celebrating books and music in a beautiful city, will run from Friday 13 May to Saturday 21 May 2022, with a series of citywide live events. Day 3's highlights include Classical Music Rising Star Laura Van Der Heijden, Ruth Milligon, Otto English, Alison MacLeod, Julia Armfield and a special concert from The Bath Festival Orchestra in the renowned Roman Baths. Also on offer is an accessible concert of the intense theatrical performance of 20th century opera classic La Voix Humaine.

Stories cannot exist without the people that inhabit them, and yet creating strong, believable characters can be a challenge. Acclaimed novelist Jason Hewitt (The Dynamite Room) will provide practical steps to help you create complex and fully formed characters that not only bring your story to life but also drive the narrative in fresh and exciting ways.  All are welcome.

Walking Tour: Bath on Screen
Monday 16 May, 10am-12pm, Meet at No1 Royal Crescent

Since winning BBC Young Musician of the year in 2012 Laura van der Heijden has developed an international career in recital, chamber music and concerto. Bach's cello suites are among his best loved and provide the perfect framework for two 20th century works. Coleridge-Taylor Perkinson is now considered to be among the finest Black American composers of the 20th century and Imogen Holst was a major figure in British musical life.

Little has been written about the second-generation figures who, in the 1920s, tantalised the original Bloomsburies with their cross-dressing, captivating looks and provocative ideas. Head of Research for the National Trust, Nino Strachey (Young Bloomsbury), descended from a family at the heart of the Bloomsbury Group, shines a light on this extraordinarily colourful cast of talented and complicated characters.

Meet the unexpected, overlooked and forgotten models of art history. Far from the prevailing perception as passive, powerless models posing silently, muses have often played influential and active roles in the lives of the artists who immortalised them. Art historian and critic Ruth Millington talks to The Holburne Museum director Chris Stephens about the compelling true stories featuring incredible women who have inspired art history's masterpieces across the centuries.

From the Great War to the culture wars, this global institution has helped define Britain.
Greg Ingham talks to professor and historian David Hendy (The BBC: A People's History) about his captivating and compelling book that traces the BBC from its maverick beginnings through war, the creation of television, changing public taste, austerity and massive cultural change.

Fake History: 10 Great Lies and how they shaped the world
Monday 16 May, 6pm–7pm, BRLSI

From the myths of the Second World War to the self-serving legends of 'great men', fake history is everywhere. Journalist and author Otto English tears apart the lies propagated by politicians and think tanks, grand narratives spun by populists and the media as well as the stories on your friend's Facebook feeds. He talks to Greg Ingham about reclaiming the truth from those who have perverted it.

Lady Chatterley's Lover, once entitled Tenderness, was banned as obscenity on its publication in 1928. Alison MacLeod will explore, with Richard Owen, her novel, Tenderness, based around the creation of D.H. Lawrence's 'scandalous' story, from the wet ink of its creation to its trials and surprising aftermath. A Book of the Year for The New York Times and The Spectator.

The founder of publishing company Persephone Books, Nicola Beauman, will give an informal talk looking back at what will soon be 25 years of rediscovering and reprinting 20th-century women writers; she will also explain why, a year ago, the Persephone Bookshop came to Bath.

When a submarine voyage goes wrong, Leah is lost thousands of feet under the ocean for weeks. The woman that emerges is a grotesque shell of her former self. Join us as we chat to Julia Armfield (Our Wives Under the Sea) about her unique, debut novel, part-horror, part-love story that embeds itself under your skin and refuses to leave.

An all female line up curated by Girls Support Girls. Bringing a safe space for everyone to support and engage with a female-led creative collective. Girls Support Girls are pushing for more opportunities for local artists and providing larger promotional platforms to celebrate individuality for marginalised genders.

An ocean-bound journey: four countries – all separated by water – bring forth a composer each, with four different sea-inspired musical pieces. The journey starts in Japan, with the rather well-known composer Toru Takemitsu and his work Toward the Sea (1981). This work was commissioned by Greenpeace for the Save the Whales campaign. The work, which exists in three different versions, is divided in three parts which are titled after Melville's Moby Dick, or The Whale and serves as a homage to the sea.

This event is the only performance which is accessible for wheelchair users.

A co-production between Wales Millennium Centre and Welsh National Opera commissioned for Festival of Voice. A woman is on the phone to her lover who is ending their relationship. Her devastation unfolds before our eyes as we, the audience, eavesdrop on her despair in the confines of her home. Taking place in an apartment in Bath, Director David Pountney has taken a 20th century opera classic and created an intense theatrical experience. La voix humaine is opera up-close, intimate and unrestrained. Bookers will receive confirmation of the venue prior to the festival.