You are here: Things to Do > Stonehenge 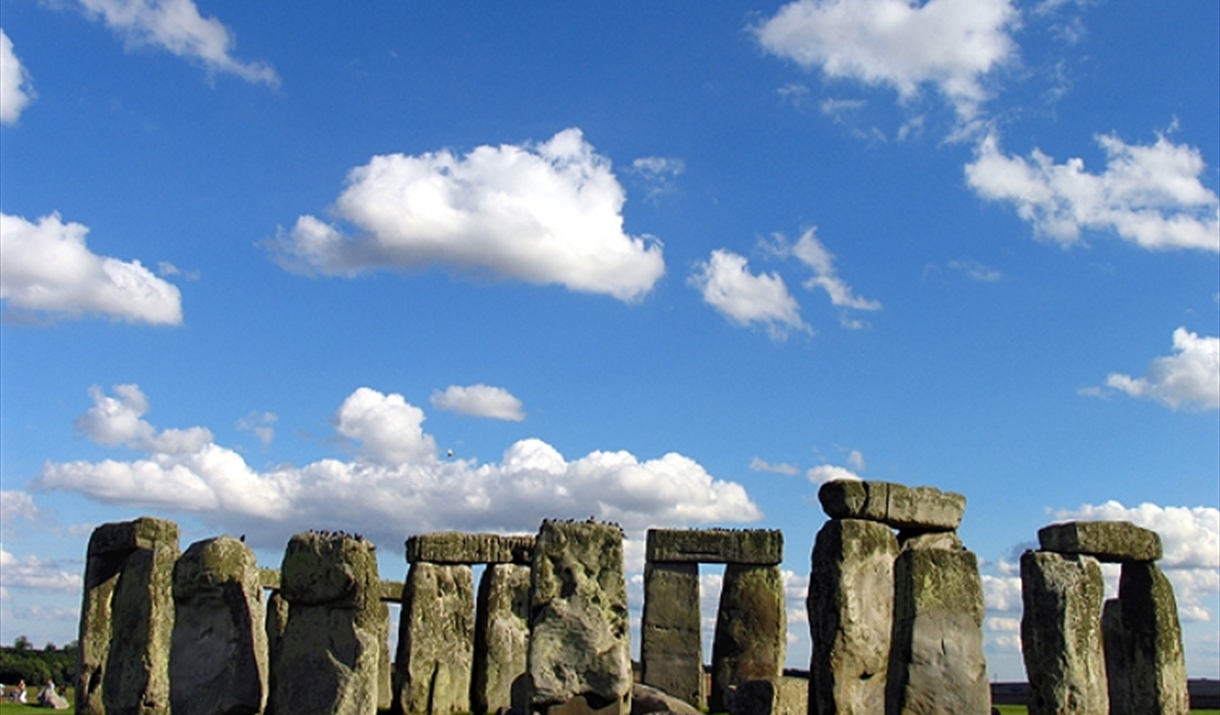 The World Heritage Site of Stonehenge is one of the most iconic prehistoric monuments in Europe. Built in the late Neolithic period around 2,500 BC, the construction of this imposing and fascinating stone circle is shrouded in mystery – what was it actually built for? And how did the Neolithic people build such a wonder using simple tools and equipment?

The orientation of Stonehenge around the rising and setting sun is a remarkable feature. Some believe it was built as a Roman temple, others a primitive computer used to chart astronomy or even a centre for healing. Come and visit to gaze upon this man-made wonder and see if you can unlock its mystery!

A fascinating audio tour is provided to listen to as you stroll around the towering stones. The guide highlights the features that surround the circle such as burial mounds, earthworks and other circular henge monuments, as well as providing intriguing archaeological evidence as to where the different types of stones originated from and how they came to be where they are today.

Make sure you pop into the new visitor centre, home to permanent and temporary exhibitions. There are hundreds of prehistoric objects on display offering further insight into prehistoric man, the tools used and their way of life. There is also a reconstructed face of an early Neolithic man, offering a true picture of the architects behind the circle.