You are here: Things to Do > The Bertinet Kitchen Cookery School 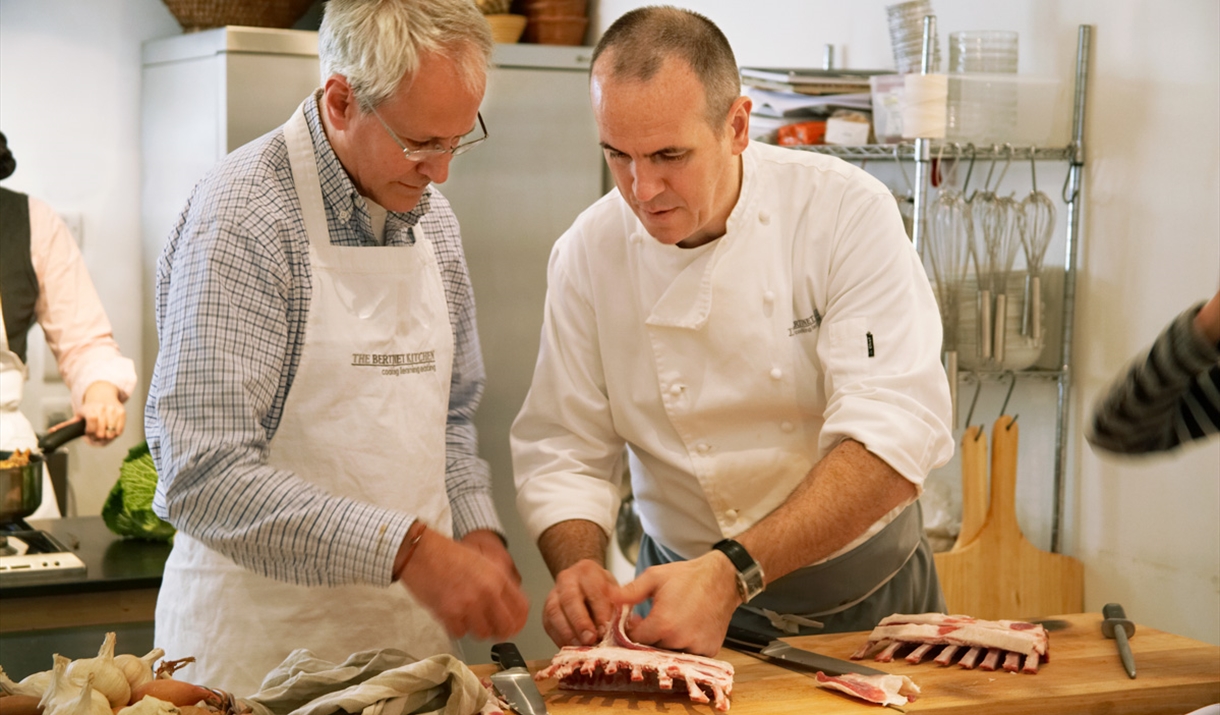 Owned and run by French chef and baker, Richard Bertinet, the Bertinet Kitchen cookery school opened in 2005 and offers a range of relaxed and fun courses for food lovers of all abilities and specialist baking and bread-making courses for amateurs and professionals alike.

The school won the South West Tourism Award for Best Tourism Experience in 2009, the award for Best Specialist cookery in last year’s British Cookery School Awards, is a founder member of the Independent Cookery Schools Association and was the only UK cookery school featured in the US television series on PBS: Gourmet's Adventures with Ruth - a tour of cookery schools around the world.

Richard is originally from Brittany in North West France and trained as a baker from the age of 14. He has worked in restaurants and consulting for the last 25 years and was named BBC Food Champion of the Year 2010 at the BBC Food & Farming Awards. He has written 5 books including the award winning DOUGH (IACP Cookery book of the year 2006, James Beard Award for Best Book (Baking & Deserts) and the Julia Child Award for Best First Book), CRUST, COOK, PASTRY and most recently Patisserie Maison published in August 2014 by Ebury.

The school offers a huge range of scheduled classes from one day to a week long including bread making, pastry, patisserie, cakes and sugar craft, a range of regional and world cusines including French, Italian, Thai, Vientnamese, Japanese, Indian, Scandinavian and more, skills based classes focusing on knife skills, saucing, pasta making or patisserie skills like chocolate and sugar work and guest chef appearances and classes from household names including Angela Hartnett, Nathan Outlaw, Mark Hix and Atul Kochhar and specialist tutors including Yolande Stanley, Valentina Harris and Monisha Bharadwaj. The majority of classes are “hands-on” and usually include lunch with wine at the end of the day.

A programme of classes for young people, children and families runs during the holidays and corporate team building, hospitality and group events can be arranged to suit a range of budgets.