You are here: Things to Do > The Circus 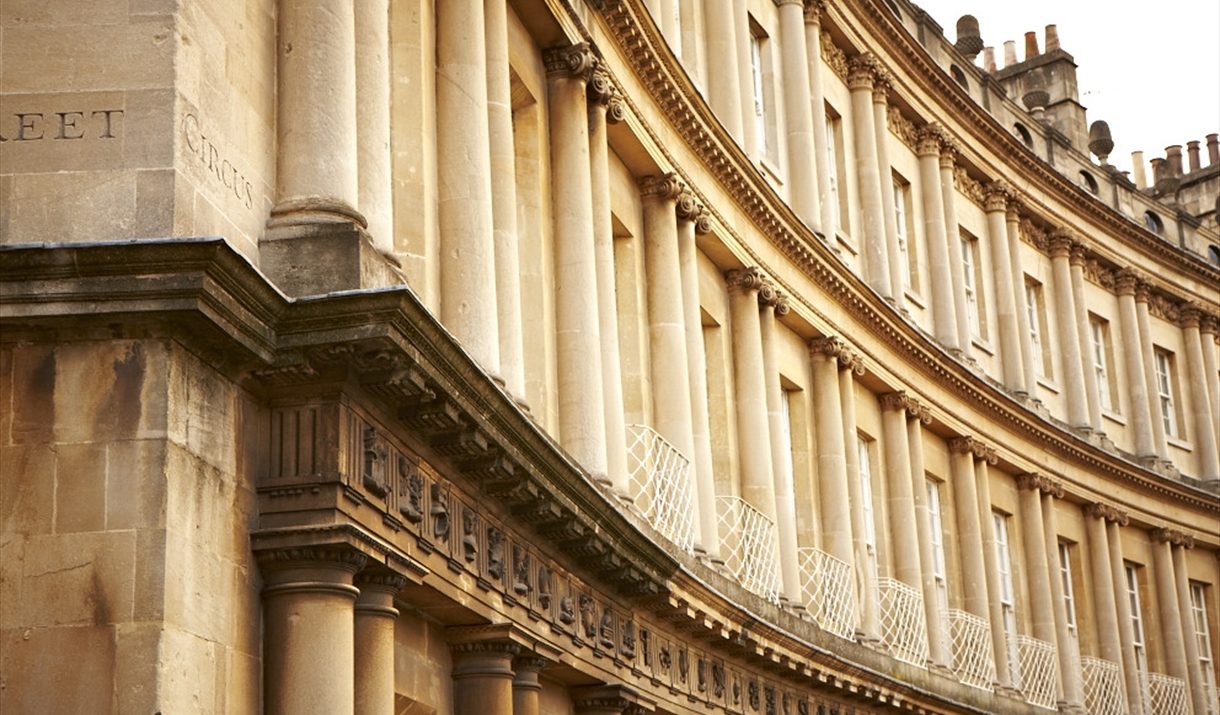 The Circus, originally called King's Circus, was designed by the architect John Wood, the Elder.

Construction began in 1754, however Wood died less than three months after the first stone was laid and so his son, John Wood, the Younger, completed the design in 1768.

The Circus consists of three curved segments of Grade I listed townhouses, forming a circle with three entrances. When viewed from the air, the Circus, along with Queen Square and adjoining Gay Street, form a key shape, which is a masonic symbol similar to those that adorn many of Wood's buildings.

Look a little closer at the detail on the stonework and you’ll see many emblems, such as serpents, acorns, and nautical symbols. Wood was known to admire the druids, the creators of prehistoric stone circles. Convinced that Bath had been the principal centre of Druid activity in Britain, Wood studied Stonehenge, and designed the Circus with the same diameter.

It is said that the Circus is joined to the Royal Crescent by a ley-line, and that their design represents the sun and the moon.

It’s no surprise that such an extraordinary landmark has been home to many famous people over the years. The artist Thomas Gainsborough lived at number 17, between 1759 and 1774, using the house as his portrait studio. More recently, Hollywood actor Nicholas Cage also lived at The Circus.

When you are in Bath, make sure you stand right in the middle of The Circus, not only to marvel at this inspiring and beautiful piece of architecture, but also to see if you can find the exact spot where anything you say will echo!