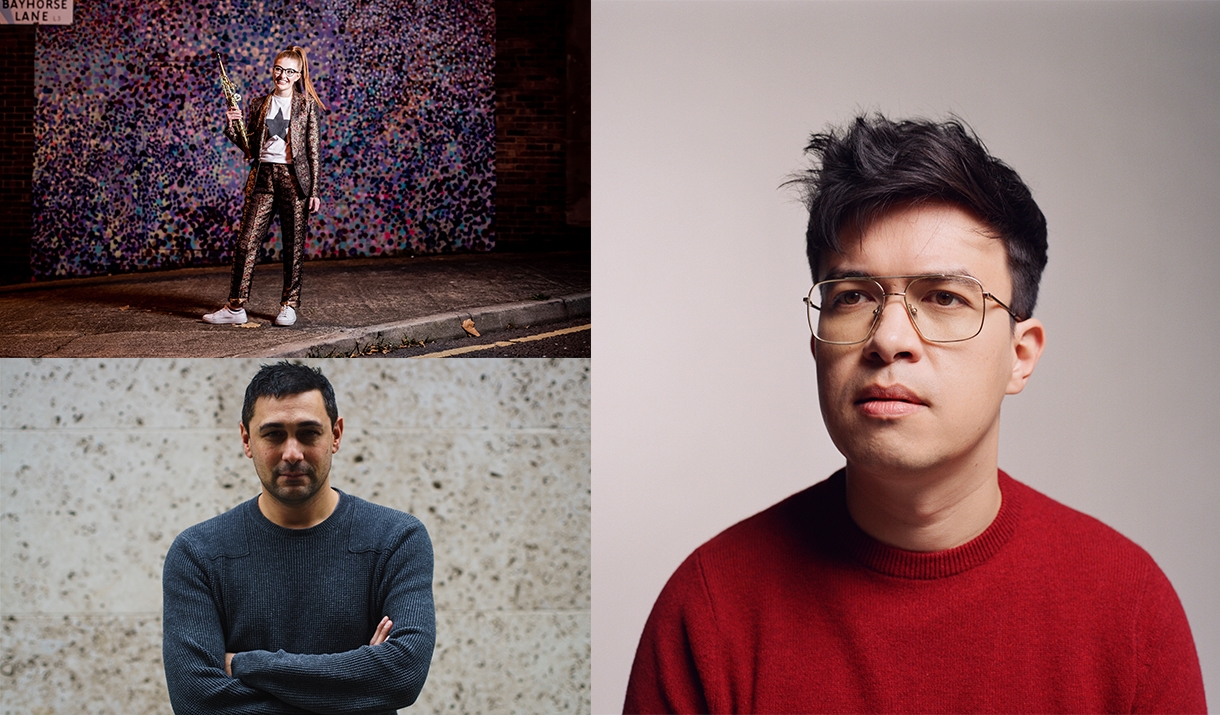 The festival fun begins with the traditional free Party in the City on Friday 13th May, offering dozens of live music events in city venues. This celebration of music attracts thousands of visitors to the city, to enjoy everything from choirs singing in churches, to samba on the streets, punk rock in pubs and the stars of the local music scene playing on stages in local parks.

Look out for innovative contemporary jazz ensemble Empirical who have carved out a name by taking audiences by surprise as they perform pop-up gigs in Tube stations and shopping centres. The group will set up in one of Bath’s empty shops, playing a series of free performances.

For the first time a new Festival Hub will be set up in historic Queen Square over the first weekend of the festival. This will provide a welcoming gathering space with music, food and drink, hands-on activities for families, live entertainment and surprise performances.

See our highlights for each day of the festival:

A series of thoughtfully curated events created for The Bath Festival by Arifa Akbar, author of an acclaimed memoir Consumed and The Guardian’s chief theatre critic. This collection will include a unique literary moment, as Tanzanian-born Nobel Prize winner, Abdulrazak Gurnah, and eminent Turkish-British novelist and activist, Elif Shafak come together to talk about their work and the themes of home, Britishness, international fiction and post-colonial legacies.

Much-loved TV presenter Davina McCall tackles the once taboo subject of the menopause as she champions women’s health in her new book Menopausing. Bath audiences will get an exclusive preview of the book ahead of its official publication.

Environmental campaigner George Monbiot will be talking to writer Max Porter about Regenesis, his vision of a new future for farming, food and humanity.

The singer PJ Harvey presents Orlam, her new work, in a spoken word event in conversation with renowned local author Max Porter. She reveals herself as a gifted poet who has written the first full-length book in the Dorset dialect for many decades.

Broadcaster Justin Webb (The Gift of a Radio) and author Richard Beard (Sad Little Men) will join broadcaster Mark Lawson, to discuss male power and privilege, life in Britain’s elite all-male boarding schools and its effect on the psyche of the men who often end up leading the country.

The unofficial Poet Laureate of Twitter, Brian Bilston shares poetry from his book Alexa, What Is There To Know About Love? which features poems about reading and literature and the subject causing many of us heartbreak – politics.

Join two of the best contemporary novelists in conversation. Claire Fuller (Unsettled Ground) won the Costa Award in 2021 and award-winning Sarah Moss's latest novel, The Fell, asks probing questions about what the world has become since March 2020.

Historian and presenter David Olusoga and geneticist and author Adam Rutherford, author of Control: the Dark History and Troubling Present of Eugenics, will be in what promises to be a stimulating discussion.

Women on Top is an evening of life-affirming comedy in the company of five furiously funny women. Anna Whitehouse (Underbelly) hosts Lucy Beaumont (Drinking Custard), Isy Suttie (Jane is Trying), Jessica Jones (Own It) and Helen Thorn (Get Divorced, Be Happy).

The festival continues its tradition of supporting debut voices, Julia Armfield, Susan Stokes-Chapman, Kasim Ali, Jendella Benson, and Lizzie Damilola Blackburn are among the exciting new voices who will be visiting Bath.

A concert and talk by US pianist Jeremy Denk – The Bath Festival is one of only two UK dates he is playing this summer. He will be playing Bach’s Well Tempered Clavier and talking about his memoir, Every Good Boy Does Fine in an event he has curated especially for The Bath Festival.

The Bath Festival Orchestra, re-launched during the pandemic to give a platform to young musicians, will be giving a one-off performance beside the waters of the Roman Baths, playing an appropriately water-themed programme inspired by the sea. There will also be pop-up performances from this exciting young orchestra.

Colin Currie, acclaimed as the world’s most daring percussionist, will be filling Bath Abbey with sound as the Colin Currie Group and Synergy Vocals put on a thunderous live performance.

The band Public Service Broadcasting, favourites on the festival circuit, will bring their own brand of original music and intriguing stage performance to The Forum, a former Art Deco cinema.

Pianist Jeneba Kanneh-Mason, who will perform in the historic Holburne Museum, is part of the festival’s Rising Stars of Classical Music series of concerts.

Saxophonist Jess Gillam is an exciting live performer who will be bringing a wide range of musical styles to a concert at Komedia with the Jess Gillam Ensemble.

One of a kind – festival highlights

An intimate, intense theatrical experience has been created in a performance of La Voix Humaine, a 20th century opera classic, which will take place up close and personal in an apartment in Bath. This is a co-production between the Wales Millennium Centre and Welsh National Opera and the performer is Claire Booth.

The Bath Festival walks are a regular sell-out and this year’s specially commissioned trio of guided tours are sure to attract interest. Choose from the Bath Blitz walk, which revisits the WW2 bombing raids of 1942, a behind-the-scenes look at the city as a screen location and a walk which explored Bath’s evolution as one of the great spa towns of Europe.

Two major publishing houses, Penguin and Picador, are to host proof parties, previewing as yet unpublished works to a small gathering, with the chance to take home proof copies of books ahead of their publication.

Music and words events created especially for Bath include author James Runcie talking about his new novel, The Great Passion, which was inspired by JS Bach’s masterpiece. The illustrated talk will be accompanied by violinist Irene Duval.