You are here: Things to Do > Pulteney Bridge 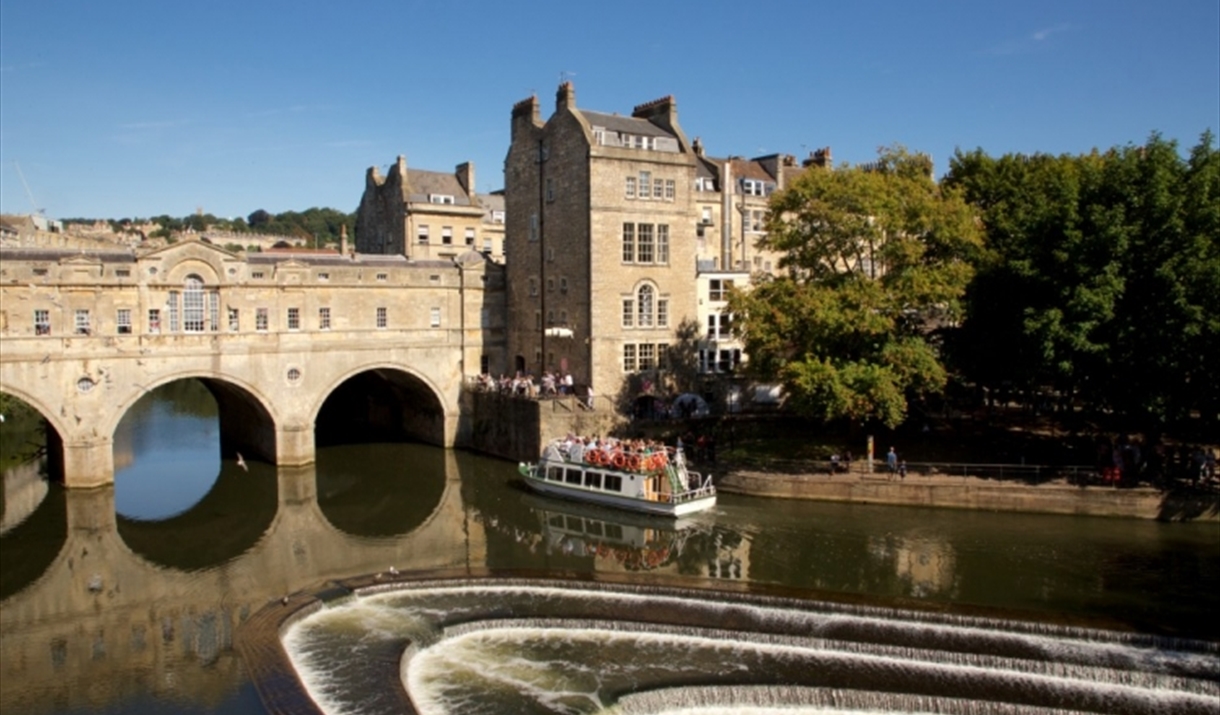 One of the most photographed examples of Georgian architecture in the city and one of only four bridges in the world to have shops across its full span on both sides, Pulteney Bridge was designed in 1769 by Robert Adam.

The bridge is named after Frances Pulteney, wife of William Johnstone Pulteney. William was an important man in Georgian Bath, owning a lot of land in the surrounding area. He had grand plans to create a 'new town' to rival that of John Wood's on the west side of the city.

His grand scheme needed a new bridge and he didn't want just any old bridge, he wanted a spectacular bridge, one which everyone would talk about. The architecture is classical, with pediments, pilasters and tiny leaded domes at either end.

The shops are small and the roadway is not wide, but when the bridge opened in 1770 it was a revelation. Today it is surely one of the world's most beautiful and romantic bridges, best viewed from Parade Gardens and the crescent weir.

Famously, it was the scene of Javert's suicide in the 2012 film version of Les Misérables.

Regular boat trips leave from here heading upriver to Bathampton and on the bridge itself you will find many restaurants, offering different types of cuisine to suit all price ranges, as well as independent shops and Bath Rugby Club's official merchandise store.