You are here: Things to Do > Beazer Maze 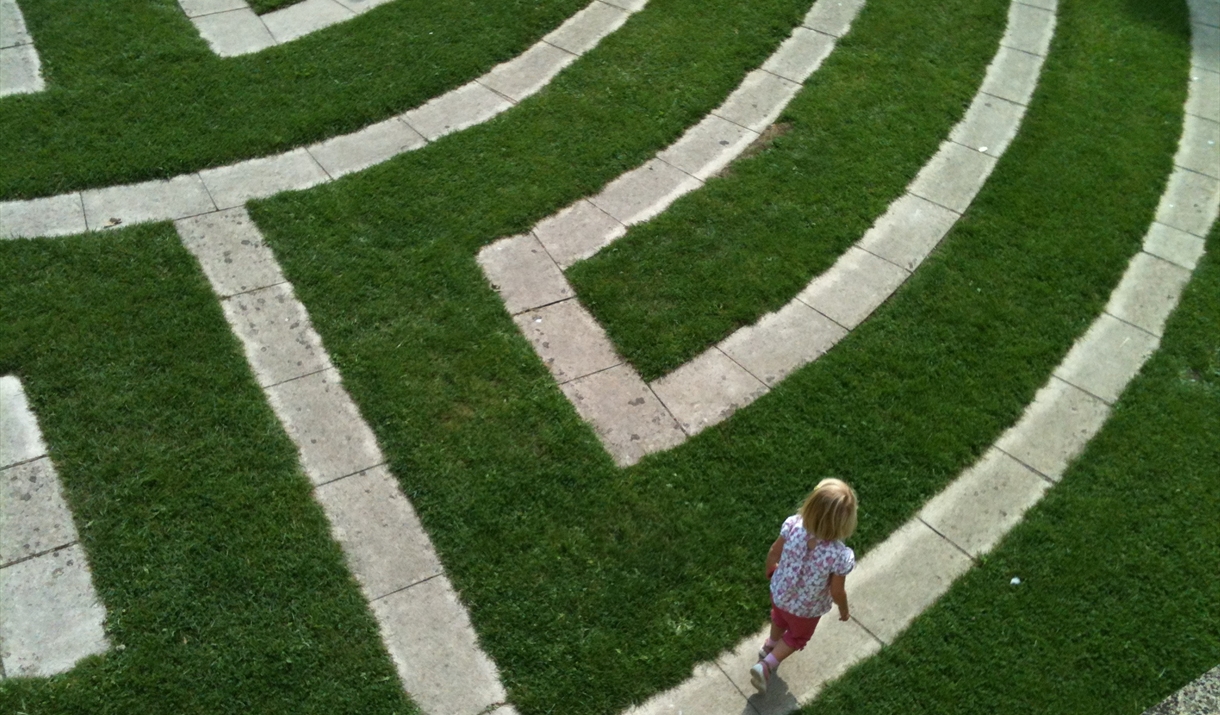 Alongside the river Avon, near Pulteney Bridge, lies a small garden labyrinth, created by one of England's most prolific labyrinth designers and inspired by Bath’s history.

The paving stone maze, which weaves around a mosaic centre, is a favourite with younger children. Although called a maze, the design is technically a labyrinth; unlike a maze, which has a branching pattern, a labyrinth has only a single line, woven back and forth. True labyrinths are impossible to get lost in, you can go in any direction you choose, but you will eventually reach the place where you began.

The Beazer Garden is named after the Bath-based construction company who donated the land, and the labyrinth was designed by maze designer and “labyrinthologist” Randoll Coate in 1984. Coate designed over 50 mazes in England, all of which are known for their hidden symbolism.

The petite labyrinth in Bath is inspired by the city’s Georgian architecture, as well as Isambard Kingdom Brunel’s railway designs, and is centered on a large Roman-inspired mosaic. Its central location makes it an ideal spot for families to enjoy a picnic away from all the hustle and bustle of the city centre.