You are here: Things to Do > Pump Room 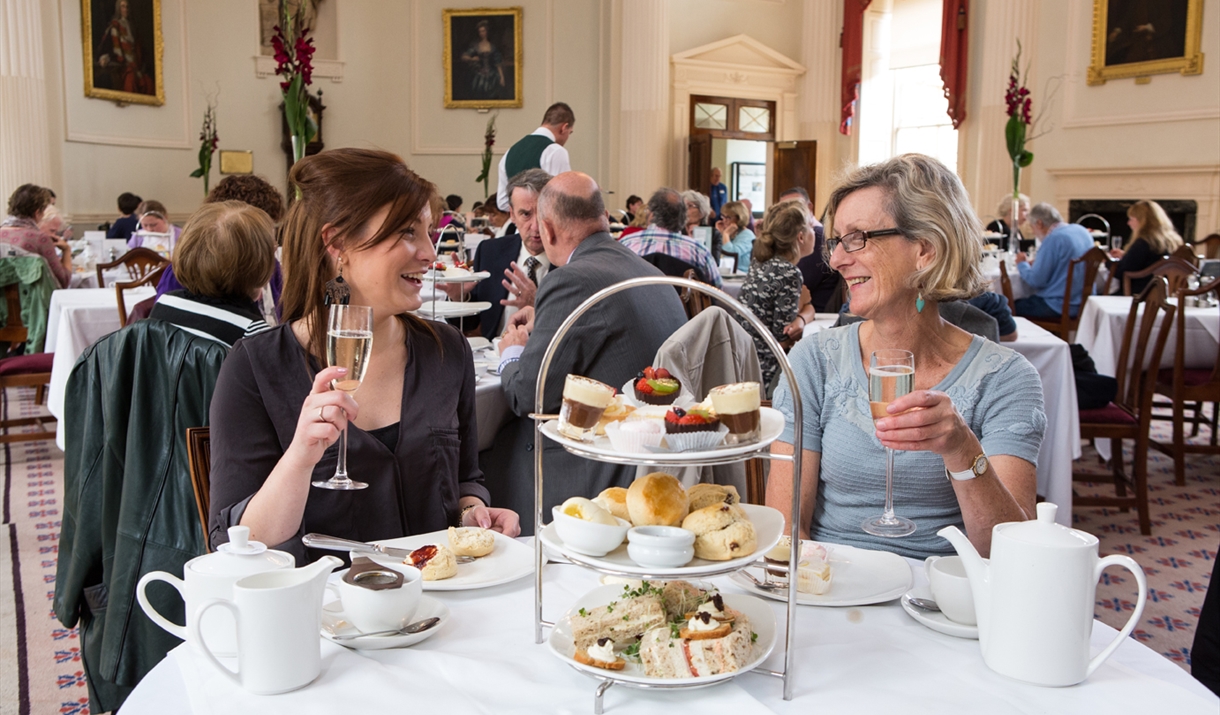 The Pump Room, with its Corinthian columns, glittering chandelier and spa fountain embodies what was once the heart of the Georgian social scene, when high society flocked to the city for the waters which they believed would relieve all their illnesses and discomforts.

Building began in 1789 and was completed a decade later. Whilst the Romans would have bathed in the mineral-rich water, it was the Georgians who began drinking it in the late seventeenth century. They came here to take the waters, which you can still do today.

The waters are pumped from the ornate King’s spring water fountain, overlooking the Roman Baths. Just inside the entrance to the Pump Room you might also notice a Bath Chair. Once a common sight in Georgian Bath, the Bath Chair was eventually replaced with the two-man Sedan Chair, and these were used to carry visitors to the waters.

Inside the Pump Room you will also see the statue of Richard ‘Beau’ Nash. Nash was a legendary gambler and socialite that played a key role in the shaping of Bath’s society and culture in the 1700s. He was also known as the ‘Master of Ceremonies,’ introducing a new form of social conduct to the city.

The novelist Jane Austen was very familiar with the Pump Room, and used it as a setting in her novels Northanger Abbey and Persuasion. It was the place where 'every creature in Bath was to be seen in the room at different periods of the fashionable hours'.

Today it is home to The Pump Room Restaurant. Open for breakfast, lunch and afternoon tea, the Pump Room Trio or Pianist play every day for your enjoyment.

There is level access from the Abbey Church Yard entrance to the 18th century Pump Room.