You are here: Things to Do > The Royal Crescent 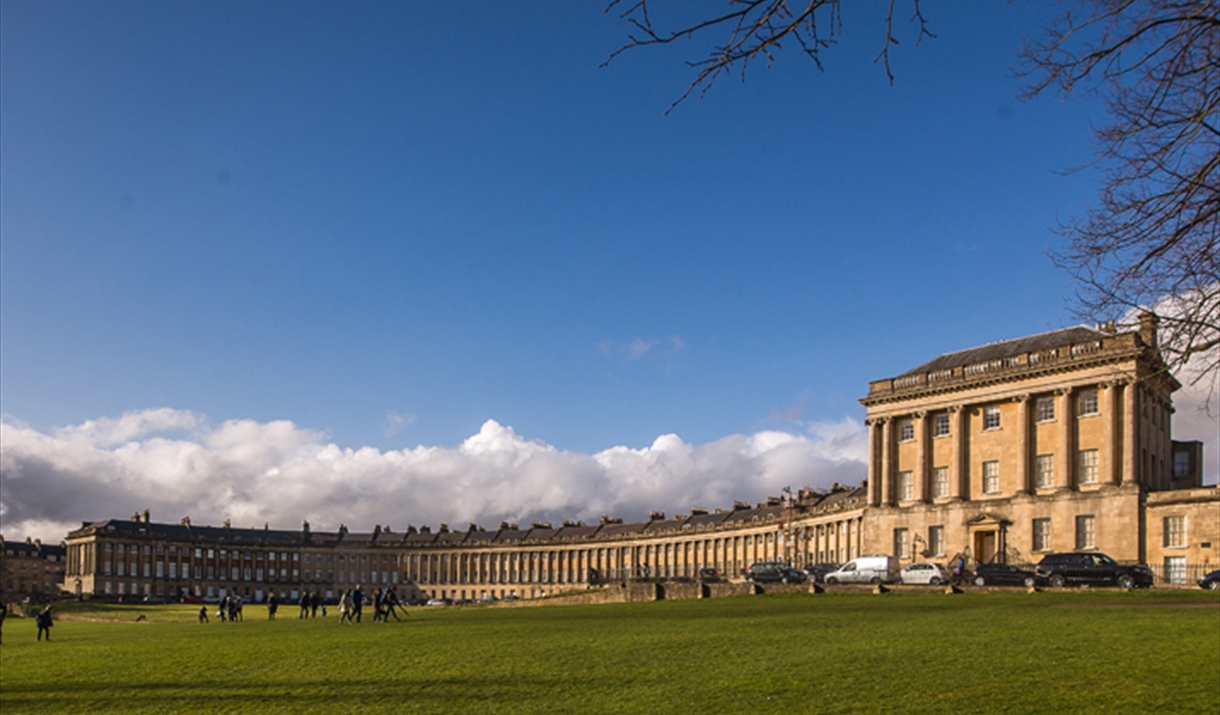 The Royal Crescent, one of Bath’s most iconic landmarks, was built between 1767 and 1775 and designed by John Wood the Younger.

This impressive landmark is arranged around a perfect lawn overlooking Royal Victoria Park and forms a sweeping crescent of 30 Grade I Listed terrace houses. It is without doubt one of the greatest examples of Georgian architecture anywhere in the UK.

The 500-foot-long crescent has an impressive ha-ha, which was designed to keep grazing animals out of the more formal areas of the garden. Many notable people have either lived or stayed in the Royal Crescent since it was built, and some are commemorated on special plaques attached to the relevant buildings.

It is also a popular location for films and period dramas. Jane  Austen's Persuasion included many scenes shot at the Royal Crescent, and it also featured in the 2008 film The Duchess starring Keira Knightley.

Perhaps the most controversial moment in the Crescent’s history, however, occurred during the 1970s, when the resident of No. 22, Miss Annabel Wellesley-Colley, painted her front door yellow instead of the traditional white.

Miss Wellesley-Colley had to fight two enforcement orders from Bath City Council and defend herself at a public enquiry, before it was finally declared that the door could remain yellow, which is just how you will see it today!